A study of the best and worst assets of the last decade published on December 13 by Bank of America Merrill Lynch (BAML), consider Bitcoin as the best performing asset of the last 10 years, above stocks, bonds, raw materials and fiat currencies around the world.

An excerpt from the BAML analysis was published on the news website “1BUV”. According to the results, a person who would have bought 1 dollar in bitcoins ten years ago would have obtained about 13.8 BTC. In other words, he had a return on his investment of USD 90,000, which makes a big difference compared to an investment in US stocks, the strongest stock market in the world, which earned USD 3.46 for every dollar invested ten years ago.

Even though Bitcoin has lost about two thirds of its value since it had a maximum price of USD 20,000 in 2017, the Bank of America considers it a highly speculative investment, although it also recognizes that its value has skyrocketed in the last decade, and it has become the most popular and variable cryptocurrency accepted. 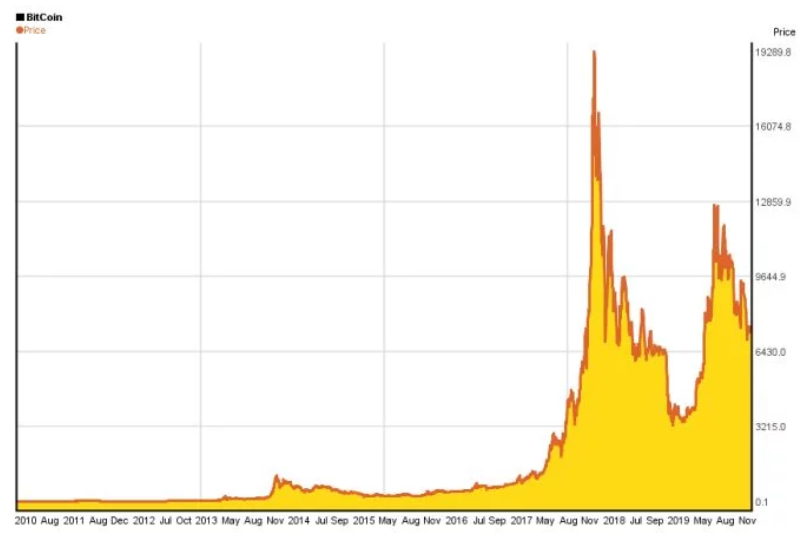 Regardless of its recent performance, Bitcoin dominated the more traditional investments over the past decade. A note published by CNN indicates that the BAML report reveals that more and more retailers accept Bitcoin as a payment method, and several investment companies and stock exchanges have launched Bitcoin futures, which has helped legitimize it.

Bank data also lists some terrible investments. In this sense, the Kyat, the national currency of Myanmar in Burma, Southeast Asia, the worst asset in 10 years, since 2010, 1 dollar invested in this currency only has a value of USD 0.004. The same happens in Greece, where thanks to the debt crisis, 100 cents in the Greek stock market would now amount to only seven cents.

The Bank of America comes to study studies around bitcoin, because in 2017 it published data that confirmed it as the most quoted investment of the moment. The first cryptocurrency moved to Nasdaq and the dollar as a long-term investment. The financial institution is also no stranger to the influence of blockchain and cryptocurrencies in the market. In this area he has also conducted studies analyzing the future of Bitcoin. At the same time, it has a clear tendency towards the development of blockchain solutions, including three DTL solutions patents.

Scroll back to top